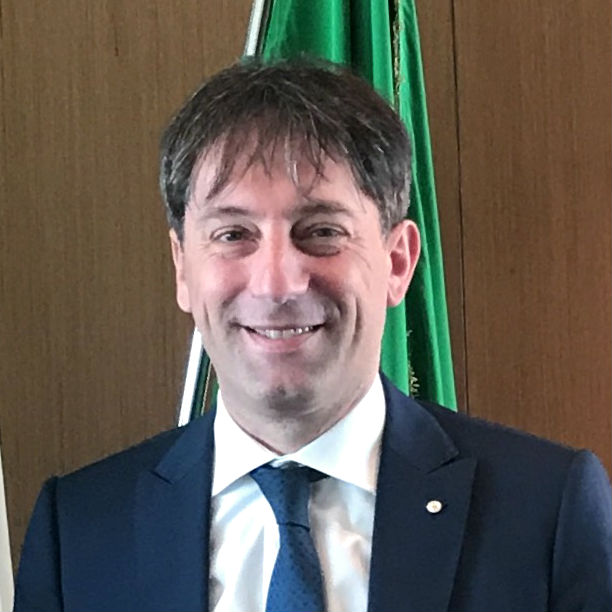 Fabrizio Sala was born in Milan on June 13, 1971. Early in his career, he held administrative and sales positions in the furniture industry field. After working as an insurance agent in 1997 he started to operate as a financial advisor, managing and training a team of sales agents.

From 2008 till the end of 2012 he was the of Head of External Relations and then he held the position of Contract Strategy Manager in two major Italian companies.

In 1999 he was elected Mayor of the Municipality of Misinto (Monza and Brianza). He remained in office till 2009 when he was appointed Councillor for the Environment, and Vice President then, of the Monza and Brianza Provincial Government.

In 2013 he was elected Councillor for the Lombardy Region and he was appointed Undersecretary for Expo 2015 and enterprises Internationalization.

In December 2014 he has been nominated regional Minister for Housing, Social Housing, Expo 2015 and enterprises Internationalization.

In October 2015 he was appointed Vice President of the Lombardy Region, also in charge for the International relations.

In March 2018 he was re-elected Regional Councillor and he was appointed Vice President of the Lombardy Region and regional Minister for Research, Innovation, University, Export, and Internationalization.