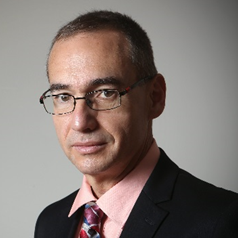 Prof. Arnon Afek is the Associate Director General, the Acting Director of Sheba General Hospital and the Chairman of the Department of Medical Administration at the Sheba Medical Center after completing his tenure as the Director General (DG) and the Associate Medical DG of the Israeli Ministry of Health (2014-17).
In the MOH, Prof. Afek led the reforms in Psychiatric Care, the regulation of Cannabis for Medical use and Public transparency in the publishing the outcomes of Hospitals quality indicators.

He is the Founding Chairman of the National council on Pathology and Forensic Medicine.

In 2015, Prof. Afek was personally appointed as a member of the Bureau of Governors of the OECD Health Committee, taking a role in designing health policy in the OECD.

Since 2011, Prof. Afek also serves as the Director of the NY State/American MD Program and Professor of Public Health at the Sackler School of Medicine and the Coller School of Management, Tel Aviv University. He is a Professor at the Nicosia University Medical School, Cyprus.

He chaired the Committee that recommended the establishment of the Sheldon & Miriam Adelson Medical School in Ariel.

Previously, Prof. Afek was the Director of Medical Affairs, Head of the Emergency Services of the Israeli Ministry of Health (2012-2014) and the Deputy Director of Sheba General Hospital (2007-2012).

Prof. Afek is a Col. (res) and a member of the IDF-MC Helsinki (IRB) Committee and has previously served as the Head of Occupational Medicine and Medical Classification Branch as well as the Chairman of the Department of Medical Administration at the IDF Medical Corps (2004-7).

He is a graduate of the Wexner Senior Leadership Executive Program (WSLP 16), Kennedy School of Government, Harvard University.

Prof. Afek has published more than 150 peer reviewed papers in the medical literature including in NEJM, JAMA Lancet and Circulation and has received numerous awards, including the Tel Aviv University Rector’s Award for Excellence in Teaching, the Kellerman Award and the Goldberg Award, both for research in Cardiology; the Israel National Quality Award and the Award of Excellence in Military Medicine.

He was awarded in 2016 the Israeli Civil Service Commission Award for reducing bureaucracy in physician licensing and Quality Improvement Award for advancing quality of care in Neonatal Units throughout Israel.

In 2017 Prof. Afek received the Society for Patients’ Rights in Israel “Certificate of Recognition for the contribution to Patients healthcare”.

He is married to a Pediatric Dentist, Dr. Limor Afek, and they live in Rosh Ha’ayin with their two children Shahar and Oren.