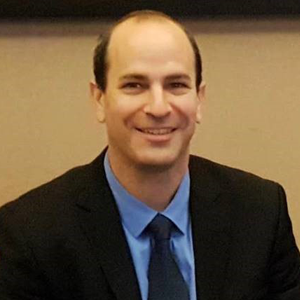 About the Role
Israel has built a world leading healthcare system, yet it is not a world leader in exporting health care solutions. The aim of  Healthcare-israel is to turn Israel’s proven accomplishments in the healthcare arena into large scale export projects for the benefit and well-being of all nations as well as a source for economic growth for Israel’s economy and its healthcare system. As Managing Director of Healthcare-Israel Hagai is in charge of facilitating government to government agreements for the advancement of the healthcare system in Israel as well as developing Israeli organizations’ capabilities in international cooperation and finding partners around the world for cooperation projects in the field of healthcare.

Fields of Responsibility
– Establishment and ongoing management of the directorate including setting the annual work plan and its execution.
– Mapping capabilities of the health system in Israel, and identifying world-leading areas of knowledge and expertise in the Israeli health system.
– Identifying common needs of health systems in Israel and other countries which can be developed through international agreements and the establishment of joint projects.
– Networking with foreign countries to sign collaboration agreements and projects.
– Coordination with relevant entities in Israeli health system, government and the business sector.
– Management of collaboration projects with other governments and ensuring project delivery to the end customers.

Professional Highlights
Since 2006, Hagai has served in various positions in the Planning, Budgeting and Pricing Branch of the Ministry of Health. Initially, he worked as a budgeting economist, and later headed the team in charge of budgeting at the Ministry’s headquarters. Starting in 2013, he has served as the Deputy Director of the division, in charge of all budgeting activities of the Ministry of Health and government owned hospitals in Israel (approx. 13 billion NIS and over 20,000 employees). As part of his job, Hagai was in charge of preparation of the state annual health budget; approval and supervision of annual work plans of all ministry departments and hospitals; heading three teams of budgeting and planning coordinators; managing all budget-related contacts of the Ministry with the Ministry of Finance’s budgeting unit and the Knesset and involved in leading reforms and central structural changes in the healthcare system, along with entities from the healthcare system and the government.