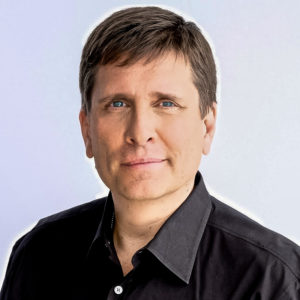 First and foremost, John is a thinker. A thinker entrenched in the world of science, medicine and innovation. John is the founder of NOSTALAB—a digital health think tank.   He’s currently ranked as the #1 global influencer in digital health and generally regarded as one of the top global strategic and creative thinkers in this important and expanding area. He is also one the most popular speakers around the globe presenting his vibrant and insightful perspective on the future of health innovation. His focus is on guiding companies, NGOs, and governments through the dynamics of exponential change in the health / tech marketplaces.

Unwilling to accept the status quo, he’s a contrarian with a sharp focus on the future. A leading voice in the convergence of technology and health, Nosta helps define, dissect and deliberate global trends in digital health. He is consistently ranked among the top names in almost every digital health list and has sustained that position for several years. Beyond simply an influencer, John is also defined as “most admired” to “top disruptor” in technology, innovation, life sciences and the pharmaceutical industry. He is also a member of the Google Health Advisory Board.  Further, John is also a frequent and popular contributor to the world’s leading news outlets including Fortune, Forbes, Psychology Today and Bloomberg.  In 2018, he received a PhD, honoris causa from Udabol Internacional: Oficial Universidad de Aquino Bolivia and from the Latin America Foundation, University of Science and Informatics Peru and Centre for Neuroscience.  He was also awarded the diploma of honour from the Bolivian government for his work in health technology in promoting innovation and engagement around the world.

John has an established reputation as a vocal advocate for strategic thinking and creativity. He has built his career on the “science of innovation,” a process where strategy and creativity work together to create inflection points in the market. He has also been recognized for his ability to translate difficult medical and scientific concepts into material that can be more easily communicated to consumers, clinicians and scientists. Additionally, John has distinguished himself as a scientific thinker. Earlier in his career, John was a research associate at Harvard Medical School and has co-authored several papers with global thought-leaders in the field of cardiovascular physiology with a focus on acute myocardial infarction, ventricular arrhythmias and sudden cardiac death.

John cut his teeth at the “big” agencies including Ogilvy CommonHealth, where he has held a series of positions including Chief Creative Officer, Chief Strategic Officer and unit President.